The hallways at Pulaski Middle-High School recently turned pink to raise awareness for breast cancer, thanks to an idea from Pulaski Middle School student Vivian Lasell.

The eighth-grade student said bringing awareness to the cause was a great way to unite the school. She went through the proper channels, which included going to the middle school student government to ask how to proceed with the event. Her tenacity modeled how her classmates also could carry out their vision for an event at the school.

Throughout the event, students in the middle school collected monetary donations for the Susan G. Komen. Elijah Peter aided Lasell in her efforts, having made pink breast cancer awareness pins. The event also included a “pink out” where students dressed in various shades of pink in an unwavering show of support.

As a friendly competition throughout the middle school, the celebration also provided the sixth-grade class with bragging rights, having collected the most donations and the greatest number of students dressed in pink. During the three-day event, $300 was raised.

“Many people participated,” Lasell said. “This shows how much people in Pulaski care.”

Jill Truax, Pulaski Middle School teacher and Middle School Student Government advisor, commended Lasell for serving as an example for her peers and said that one person can truly make a difference.

While the event has already concluded, Lasell’s plans for 2020 have already begun. She has aimed for planning a walk in Pulaski in October, in observance as Breast Cancer Awareness Month. All proceeds would help fund breast cancer research. Plans may also include a pink out during a Pulaski football game next season. 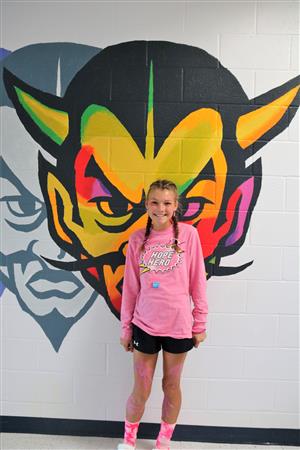 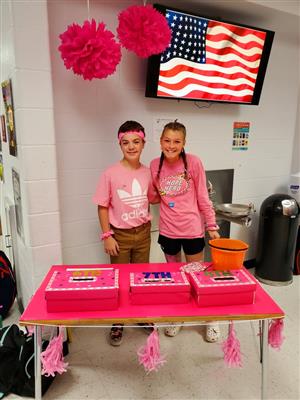 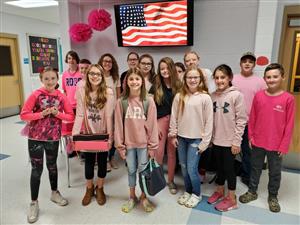 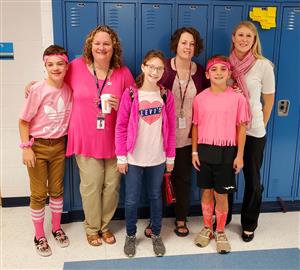