Cara Reynolds and Mariah McConnell, two Pulaski Academy & Central School seniors, used their senior projects to give back to causes meaningful to their hearts.

“My parents actually fostered kids in Massachusetts when I was little,” said Reynolds. “I thought it was a good idea to get them bags because it was more personal. These kids are using trash bags, so I wanted to give them something more useful.”

McConnell used her love of basketball to organize a shooting competition. She raised nearly $1,500 for the Elijah-Alavi Foundation, a not-for-profit organization that aims to educate people on the dangers of food allergies. 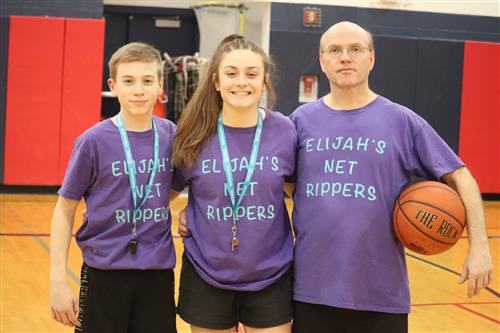 Mariah McConnell alongside her dad and brother participate and lead a shooting competition.