Students in the Pulaski Academy & Central School’s high school Drama Club recently showed off their acting abilities in the play “Get Smart.”

The students brought the Christopher Sergel written play to life, which has two acts and 10 total scenes. The premise of the play is a spy spoof featuring the characters Maxwell Smart and Agent 99. These two are CONTROL’s top-secret agents battling Mr. Big and his forces of KAOS.

“The PACS Drama Club has been hard at work over the past few months preparing for their performance,” said PACS Drama Club instructor Aimee Mumford. “The students have been rehearsing lines and working together to create a great show.” 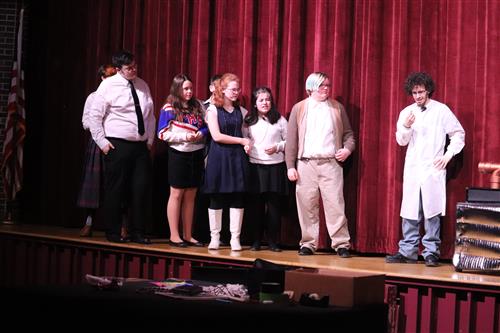